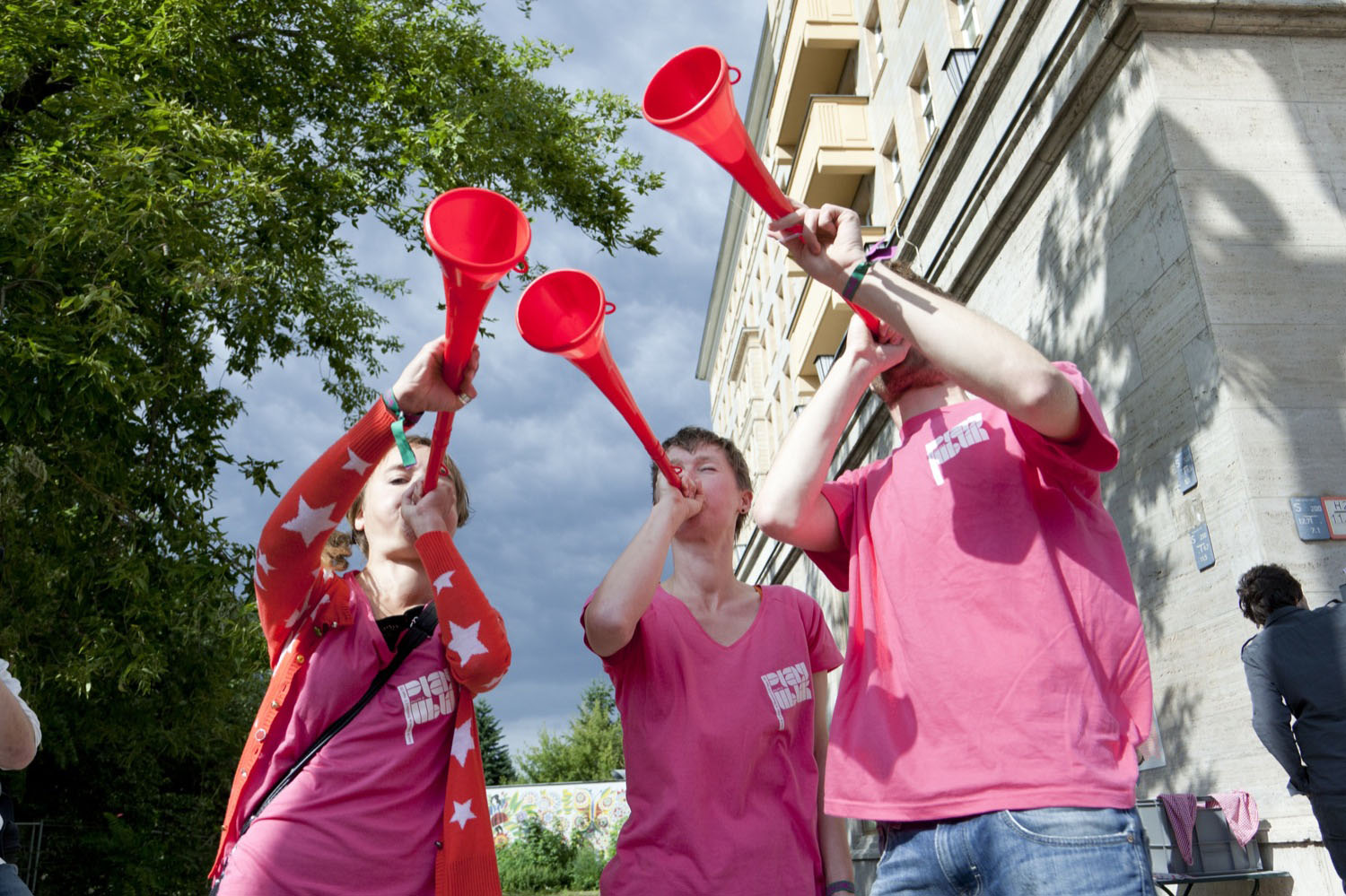 Zombie School is a one stop shop for all things Zombie. We run multiple Zombie Schools every month as a means to train up the army of wannabe zombies required to run our hit game 2.8 Hours Later. This session will be a mix of essential zombie facts and footage, zombie choreography and zombie training games. It will also be a unique insight in to some of the core logistics involved in running street games for thousands of players per city. Successful students will receive a Zombie School certificate, those less lucky will have to go home with the 'Squid of Shame'.

We make games: from mass participation spectaculars to mobile phone adventures, our output is diverse. We make games for paying players and for clients in the private and public sectors. We are a small, dynamic company based in Bristol (UK) but we work internationally, with significant experience in the US. Over the last five years we have created around fifty games, worked with clients such as the Arts Council England and Samsung, and have won the South West Media Innovation Award, three years running. We founded igfest, an international festival of street and pervasive games and continue to stage it each year in Bristol. We premiered 2.8 Hours Later at the festival in 2010. The game has gone on to become our best selling game, which regularly sells out UK cities at £28 a ticket.