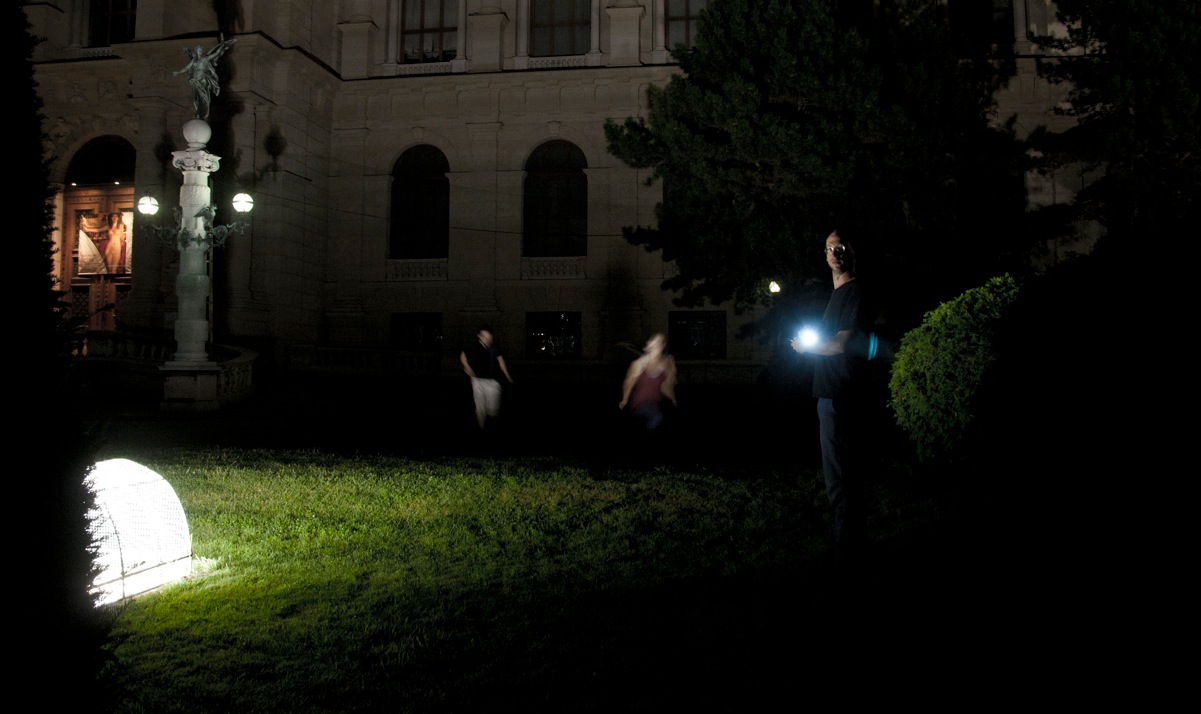 A fan of Doctor Who? We are too! Designed by Philipp Ehmann and Abbi Davey from the Street Game Conspiracy, we see the return of the weeping angels, and now they’re creepier than ever! Would you rather be the doctor and his companions, or a weeping angel? Armed with a flash light and your eye sight, or your insidiously terrifying moves you must compete to find that one artefact to win the game! Oh, and don’t blink!

Founded by Philipp Ehmann and Markus Hametner in Vienna, the conspiracy consists of a diverse range of people. We are artists, journalists, computer programmers, academics, game designers, theatre makers and wearers of many hats (literally and not)! We run Austria’s first street game festival PLAY:VIENNA. And we’re oh so conspiratorial!