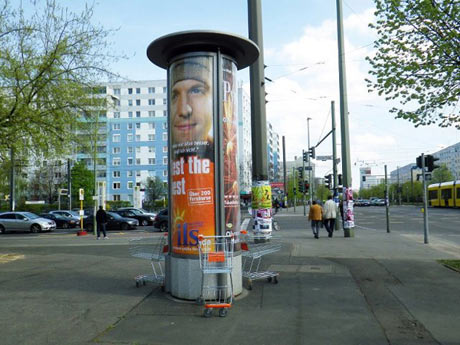 The city is a system than everybody can change to have fun. It doesn’t require huge investments — it’s the idea that counts! We will be using urban furniture, garbage, the city's environment and your imagination. Get ready to play and make urban games in the neighbourhood around Karl Max Allee during the festival Play Publik. During this workshop Florian Rivière (french urban hacktivist) and Sylvan Steenhuis (dutch games designer and theoretician) will introduce concepts of urban hacking games tactics, show you real urban hacking games, and after a quick exploration it will be your turn to hack the city into a playground and share your ideas on a big open game data map.

Florian Rivière is an "urban hacktivist". He founded and led from 2008 to 2012 the collective “Democratie Creative” very active in the public space of Strasbourg. Inspired by the hacker culture, he reinvests and diverts public space to allow citizens to reclaim their environment. His interventions, located between urban design "Do It Yourself" and upcycling (upgrading waste), have the particularity to be spontaneous and raw, exclusively made with objects found in the street, and always with humor. Games, furnishings, traps, maps, instructions ... : so many urban tactics to show the functionality of sites, and direct action of the user on urban space.