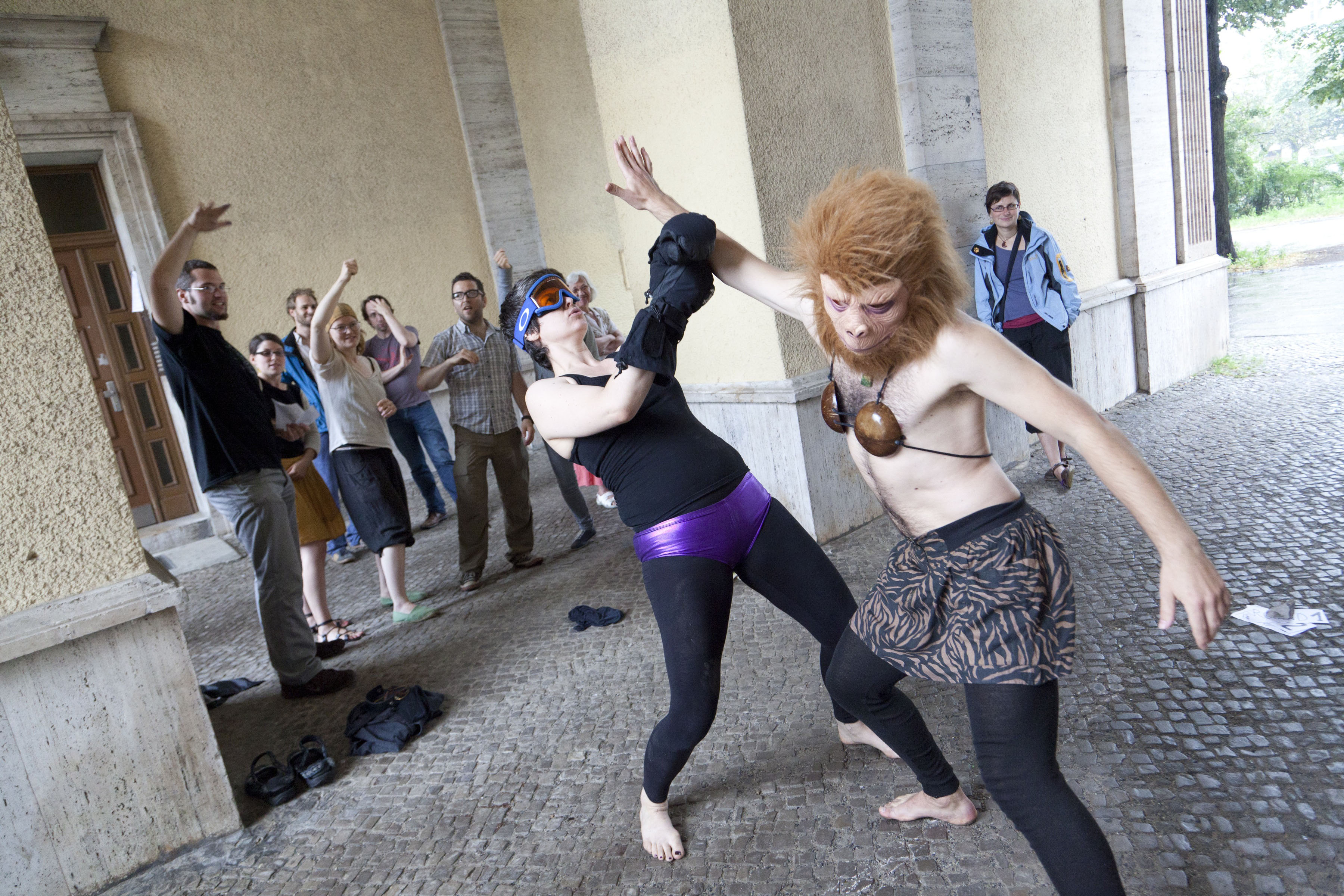 Berlin 2012: You don’t find the avatars in a computer game anymore, you find them on the streets around the computer game museum. So get your team together, chose the character of your avatar and start entering the real world. But be aware… you’re not alone. There are techniques to be learned and fights to be fought. Performers: Kathleen Rappolt and Nils Deventer

lamegame are Stefanie Rejzek and Gwendolin Lamping, two game designers who mainly work no tech/ low tech. They have participated at You Are GO! Festival 2011 with their first self made street game “Celebrity Stalking” and present this year at Playpublik a performance game called “STREETfight”. They both have finished their M.A. in theatre pedagogy at the University of the Arts Berlin and are eager to develop a bunch of new games in the future.