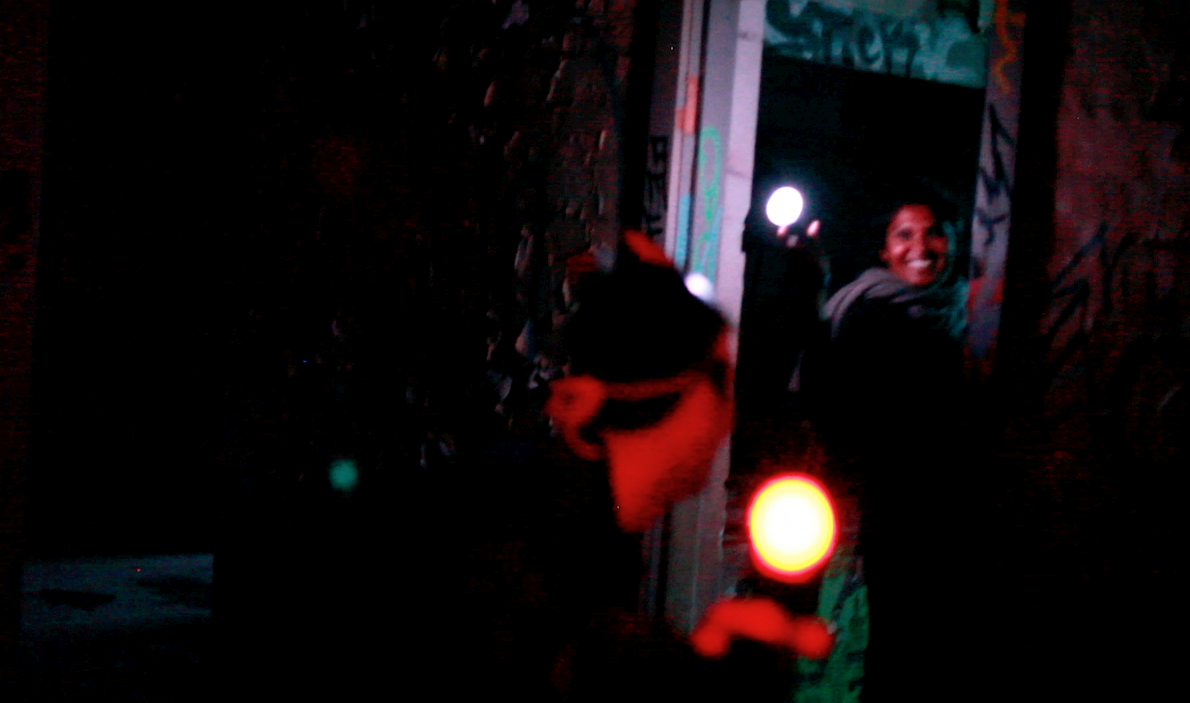 This is a game for 5 players, played using a brainwave monitor and PS Move controllers. The player playing the “Brain” (the Top Noodle) tries to hinder the “Idiots” movements. The Brain does this by using his or her powers of concentration to make the “Idiots’” PS Move controllers more sensitive to motion. We have made four scenarios to play, portraying different battle scenes in the power struggle between the “Idiots” and the “Brain”. Designed by: Anders Børup, Julian Hansen, Patrick Jarnfelt, Amani Naseem, Ida Toft, Simon Wallner

A Bunch of People Who want to Play (DK)

We are a group of game designers, programmers and interaction designers from Copenhagen who like to play and make games. Coming from different backgrounds, we have been working together making some games for Playpublik since May 2012. You can follow our activities on the facebook group Urban Games CPH: http://www.facebook.com/groups/283314111765362/