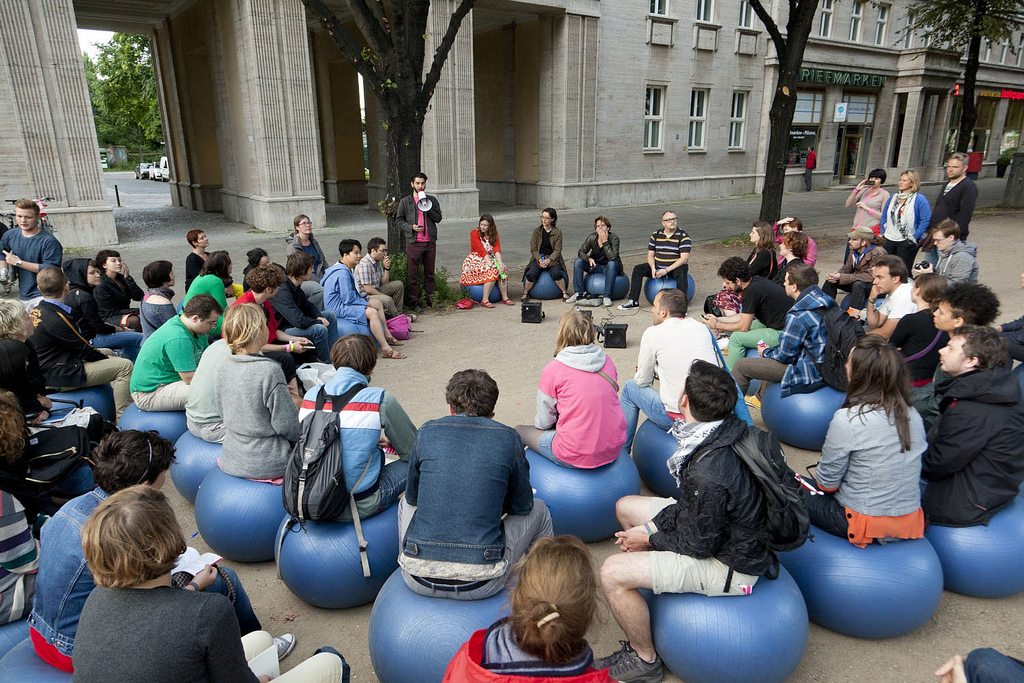 Charge of the Rubber Ball Brigade

A battlefield-sized game of Dodgeball. Teams start on opposing sides of the field and rush to grab the hundreds of dodgeballs spread across the battlefield. The field is divided into three bands, Team 1, Neutral Zone and Team 2. Each team has a flag planted on the battlefield in the Neutral Zone. The object of the game is to capture the other team’s flag.

There are two types of player on each team Infantry and Medics.

When a player is hit with a ball they fall where hit. They can only be revived by a Medic player. Medic players revive a player by wrapping a bandage around their arm. Revived players can return to battle. Infantry cannot revive a Medic.

The team that capture the other team’s flag and brings it back to their territory wins.

Greg Trefry has wide array of experience designing games. He has designed everything from web-based MMOs to hit casual games to alternate reality games. Prior to starting Gigantic Mechanic, Greg was the Creative Director at Gamestar Mechanic, a web-based massively multiplayer game for tweens. Before that he was a Senior Game Designer at Gamelab where he created and led design on the hit franchise Jojo’s Fashion Show. Greg doesn’t limit his design interests to video games. Greg created and served as director of the Come Out & Play Festival, a three day festival of street games that brings designers and players from around the world to New York City every summer. He co-designed the Webby-nominated Case of the Coveted Bottle ARG. Before working in games Greg was a Vice-President at LPC/Reuters where he managed a suite of financial information web products. Greg has been invited to speak at conferences around the world about location-based and social games. He also teaches about designing games and ARGs at New York Univeristy‘s prestigious Interactive Telecommunications Program and Parsons The New School for Design.