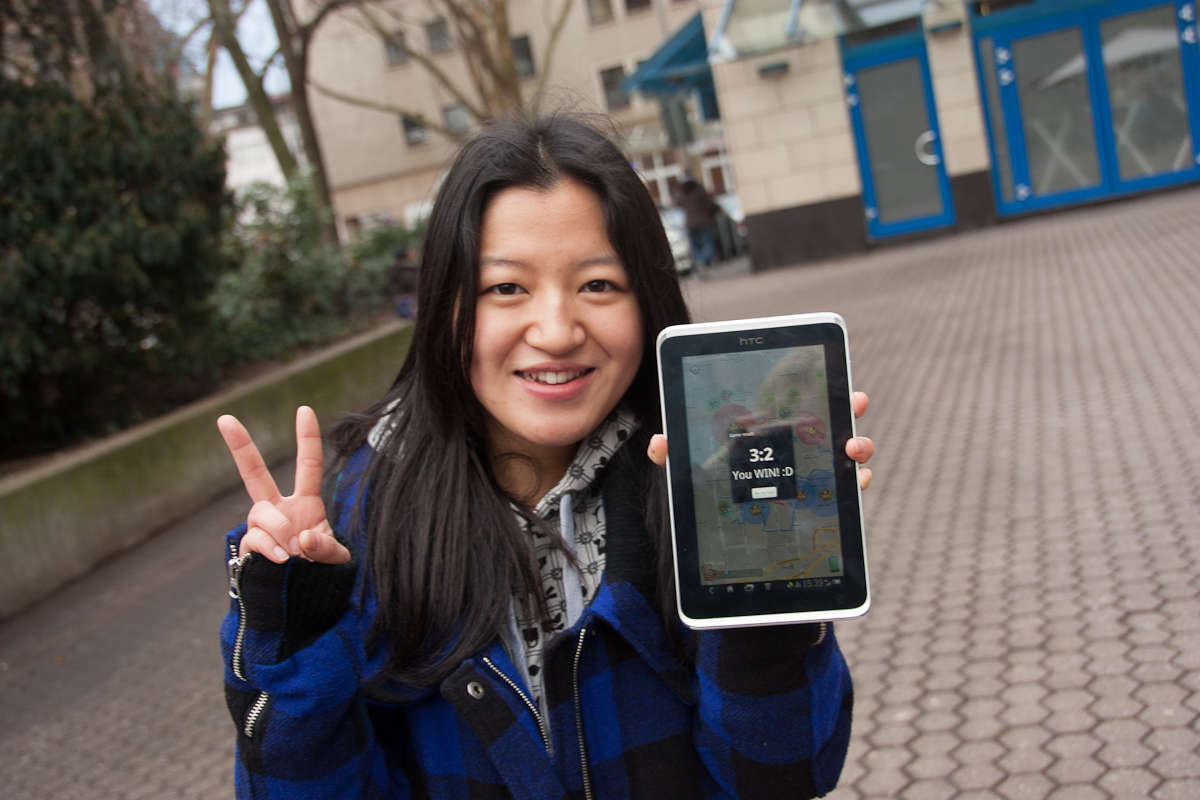 aMazing revisits the iconic gameplay of Snake and Tron and translates it into the city streets. You are playing against one opponent trying at the same time to trap him and conquer important locations in the playing area. You do this by drawing a line behind which your opponent cannot pass - unless he manages to get his hand on some bonus items! aMazing pitches two players against each other and lasts about 15 minutes.

The German-French research project TOTEM deals with the creation of mobile Mixed Reality games. The project's main focus are tools that ease the development process of such games. The location-based scanvenger hunt "Tidy City" is an example which enables everybody to extend the game with their own riddles. Project partners are Fraunhofer Institute for Applied Information Technology (FIT) from Sankt Augustin, Germany, and Institut Telecom Sudparis from Evry, France. The game aMazing was developed as part of a lab course by students Alexander Hermanns and Tianjiao Wang, while Chocolate Wars is the master thesis of Vivek Bilangi. Project webseite: http://www.totem-games.org Fraunhofer FIT: http://fit.fraunhofer.de/MARS Institut Telecom: http://www.it-sudparis.eu Tidy City: http://totem.fit.fraunhofer.de/tidycity/